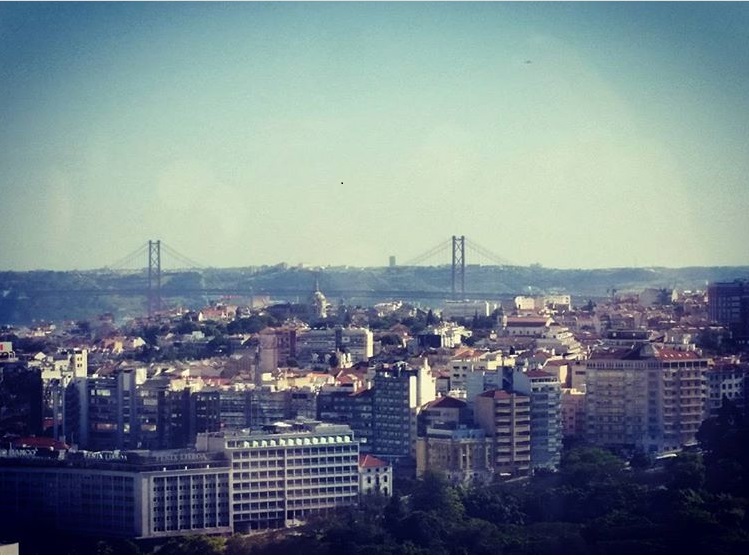 Lisbon is one of those perfect weekend cities–large enough to entice you to visit, but small enough to check off your bucket list in a day or two.  Not only that, the weather here is temperate year-round.  Even the colder winter days only get down to about an average of 59 degrees Fahrenheit, so an optimal area to explore any time of the year.

The City Sightseeing Hop On/Hop Off buses served as an effective way to see the city, as the metropolis is not the most condensed and everything is fairly spread out.  The tour bus company provides two lines to tour the city–the red line and the blue line.  The historically significant and time-worthy sites were located on the red line; however, if you are traveling with children, the blue line might be better suited for you (think: aquarium and zoo).  Of note, I am not recommending this bus service based on the information that is provided while riding the buses.  The audio system seems to be a bit outdated, and it was sometimes difficult to understand what was being said through the headphones.  Nonetheless, this mode of transportation is best for optimizing your time and seeing most of the hot spots in Lisbon.  If you do plan to ride both days, make sure that you purchase the 48 hour pass as opposed to the 24 hour pass–it is a bit discounted.  Additionally, the bus tickets can be purchased from the driver directly.

Purchase your bus pass, and begin your trip on the red line.  Two main places of interest on the red line include the  Belém Tower (Torre de Belém), a structure made popular due to its function in aiding in maritime discoveries at Stop 13, and the Monastery of the Hieronymites (Mosteiro dos Jerónimos) at Stop 15, where the tomb of Vasco da Gama, a famous Portuguese explorer, resides.  Pro tip: You can purchase admission for both of these UNESCO spots together at a combined rate of 12 Euros.

After exploring the two prominent sites, return to the bus and travel along to the next stop– Stop 16 (Palácio de Belém), where you will exit the transport to walk over to the National Coach Museum (Museu dos Coches), which is south of the Palace. Additionally, walking this route (approximately 15 minutes door-to-door) from the Monastery to the Coach Museum is an option if the weather is enjoyable.

The National Coach Museum is a well-recognized museum that features a multitude of stagecoaches from various time periods, beginning as early as the 16th century–an ideal place for anyone interested in history.  Be sure to request a guide, as their services are complimentary with the 6 euro admission fee.  The guide will explain a little bit more in detail all the various stagecoaches, the evolution of the stagecoach, and give you more background than the displays will.  Of note, the museum is closed on Mondays.

After getting your history fix, head northwest past the Palácio de Belém to the Pastéis de Belém, just a few blocks over from the Coach museum, to satisfy any sweet tooth craving you might be experiencing.  This notorious bakery dating back to 1837 serves the infamous Pastéis de Belém pastry among other popular Portuguese desserts.  So stop and take a break while enjoying a plethora of sweets.

After indulging, travel back to Stop 16 (Palácio de Belém) and hop back on the bus to make your way to lunch.  Get off at Stop 18 (Cais de Sodré)–the closest stop to Time Out Market. This “market” is truly a foodies’ paradise, and a must-see when visiting Lisbon!  The location is full of various food stalls with all different types of cuisine.  In addition to this, there are multiple stands where you can purchase an assortment of drinks (think: wine, juices, and smoothies).

From here, head back to Stop 18 (Cais de Sodré) to continue on the rest of the line through Lisbon making any stops you might wish along the way.

For dinner, trek over to Restaurante Cave Real, one of the top rated restaurants in the capital city.  The locale offers true Portuguese fare (think: fish) and an excellent selection of wine.  More importantly, the menu selections are delicious and the service is superb. Be sure to try the Grouper, as it is one of the featured plates on the menu and a satisfying option.

So day two is a non-essential day in the sense that I feel one day is completely sufficient for Lisbon, but in keeping with consistency, I thought I would offer some tips for your second day if you plan to stick around the city.  As previously mentioned, if you are traveling with children, the blue line is an excellent choice for day two if you traveled along the red line on day one.  The aquarium (Oceanário de Lisboa) is highly rated, and then there’s the zoo (Jardim Zoológico).  Need I say more?

Another option is to take a day trip to Sintra.  Sintra, one of the UNESCO World Heritage sites, is easily accessible from Lisbon and can be reached by train or car.  This “royal” city holds a ton of history and is a popular destination for day-trippers from Lisbon given the proximity.

A last option is to spend the day in Lisbon exploring the street art during the day followed by a cooking class in the evening.  Lisbon Street Art Tours is a local art tour agency that offers guided tours on various days during the week.  The schedule varies so best to check with the tour group itself to verify.  As to the cost, this is by donation, with the recommended amount being between 10-15 Euros per person.

As for the cooking class, Cooking Lisbon, one of the local culinary organizations, is an appropriate way to learn about Portuguese cuisine and how to prepare it, sample some of the local wines of Portugal, as well as make a few new friends.  The dinner cooking class begins at 6:30pm and is estimated to go until about 10:00pm; however, we were there until closer to 11:00pm.  Price per person is 65 euros, which may sound like a lot at first, but in all reality is a great price for everything included.

Things to know before leaving:

Currency:  Portugal utilizes the Euro.  Major credit cards are widely accepted; however, it is not the worst of ideas to exchange currency to Euros prior to arriving for a more favorable exchange rate.
Tipping:  Tipping in restaurants should be around 10% if the service is up to par.  While tipping for taxis is not expected, it does not hurt to round up the fare a euro or two as a kind gesture.
Heads up:  When dining out, often times the waiter/waitress will bring out fresh olives and bread.  These items are not complimentary, so if you wish to not have them included on your bill, politely decline and the server will take them away.
Additional tip: Many attractions/museums are closed on Mondays.